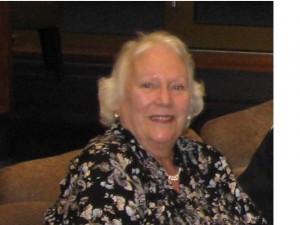 Is there anyone out there who still remembers “Mrs. Dale’s Diary”?  It was a long-running radio “soap” about a doctor and his wife and the life they led.  It often used to begin “I’m rather worried about Jim..”

Just at the moment I’m worried about our swallows.  We have two pairs that come every May during the first week and depart every September during the first week, but this year one pair has lingered on, having hatched a second brood .  There they are, flying happily around in what is becoming  colder and less welcoming weather, obviously finding plenty to eat in the way of insects, but not thinking about the long journey to come.  Every now and again I go out and suggest they get ready to leave as they swoop joyously overhead – and I do really worry about them.  Silly isn’t it?

We have kissed goodbye to Summer, although we are having some beautiful days – windy and cool, but sunny and bright.  We had a wonderful trip up the Glen of Kildonan last week and it was magical with heather and autumn colours lining our route.  We didn’t see any raptors, though.  I still live in hopes of repeating a wonderful moment when we passed a gateway and there was what I took to be a stone garden ornament parked beside it.  “Why would anyone leave such a thing there?” I wondered to Iain.  “That was an eagle,” he said.  “Probably having  rest.”  Well, I suppose they do from time to time.

Once a year up here we have a Doors Open day for museums, cafes, castles – you name it.  Visitors can come and look over the places without having to pay entry fees, so the Clan Gunn Centre  hosted quite a few guests.  At “Waterlines” the cafe at the harbour that Iain and I are associated with, we were asked to provide a special dish for the day.  One of the fishermen, George Carter, is famed for his fish soup, so he provided industrial quantities of it and very good it was too.  I asked him for the recipe and it went like this:  “Some good cod I caught myself;  some haddock I got hold of;  a few onions from the garden, tatties from John O’Groats, a bit of this and that (secret ingredients I expect), Caithness water, boil it all up and there you have it.”  Delicious.

An enterprising local cafe owner at Whaligoe Steps has started providing special menus from round the world.  Booking essential.  Iain and I are off this evening for a Mediterranean Meal which sounds exotic in the extreme, what with Kapuska from Turkey and Mujadara from Spain.  Sounds good, don’t you think?

This is the last you will hear of the Most Northerly Lemon.  It played its part and turned out to be very nice and lemony.  But it appeared to be the only fruit on the tree.  I was just deciding to prune the thing to a bristle – and probably try to get another one – when I noticed, coyly tucked inside a leaf, a tiny new baby lemon.  So the tree is reprieved for another year.  However, I shall not trouble you with grandmotherly-like up-to-date accounts of its prowess as you’ve been through all that with me already.  Suffice it to say that unless climate change really does become dramatic, citrus fruit will probably not prosper in Caithness.  I shall just buy it at the store, like everyone else does.