At a momentous and historic gathering of over 100 clansmen and woman from around the globe on the 16th day of April 2016 in the Merchant’s Hall Edinburgh, exactly 900 years to the day after the commemorated death of St Magnus, a Patron Saint of Clan Gunn, Dr Joseph Morrow, Lord Lyon King of Arms, presented Iain Gunn of Gunn, formerly Commander Iain Gunn of Banniskirk, with the Grant of Arms as Chief of Clan Gunn.

Please click on below link to see a video of the event:

230 years after the death of the last fully recognised chief of the Clan, Morrison Gunn in 1785, Clan Gunn finally has a recognised Chief. 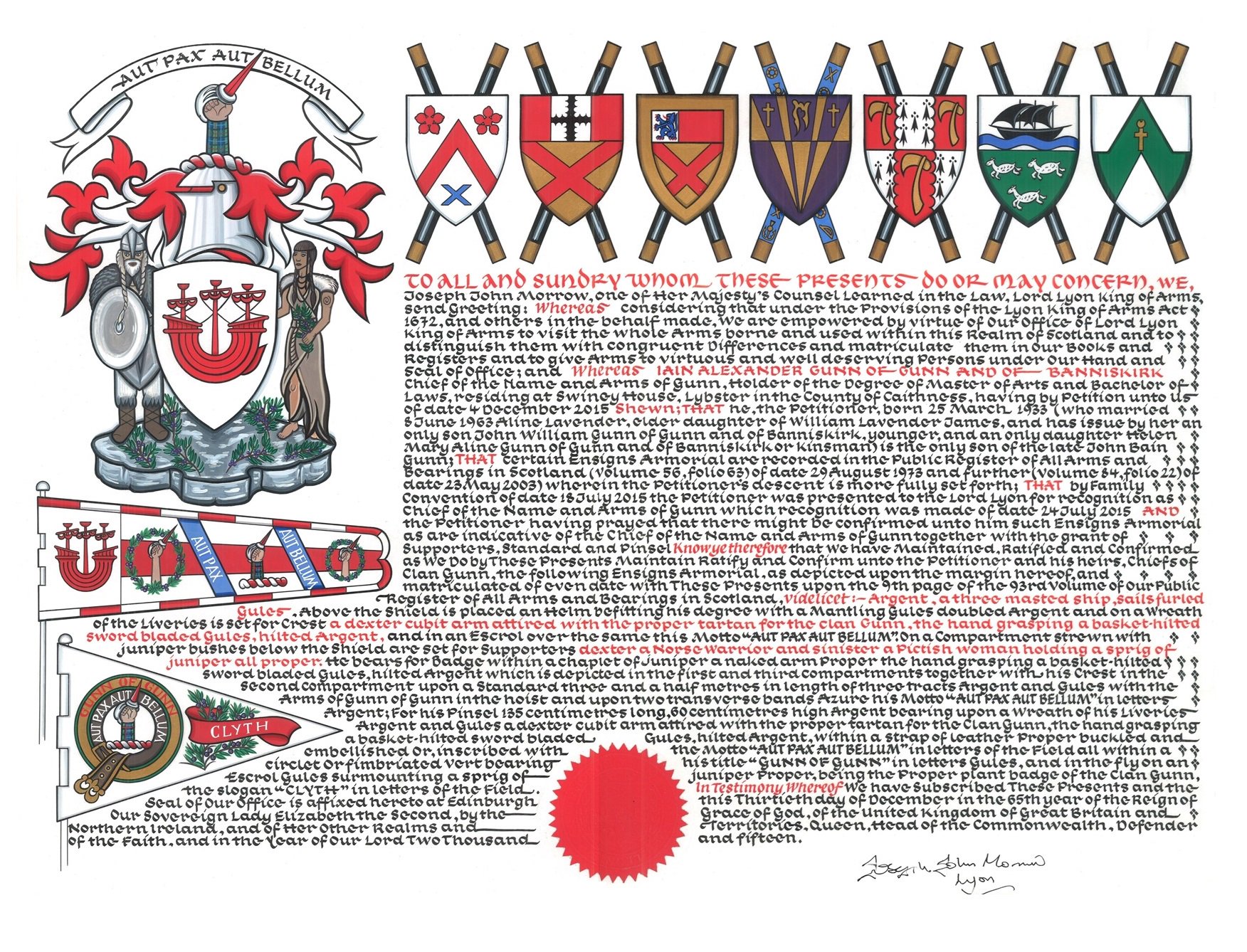